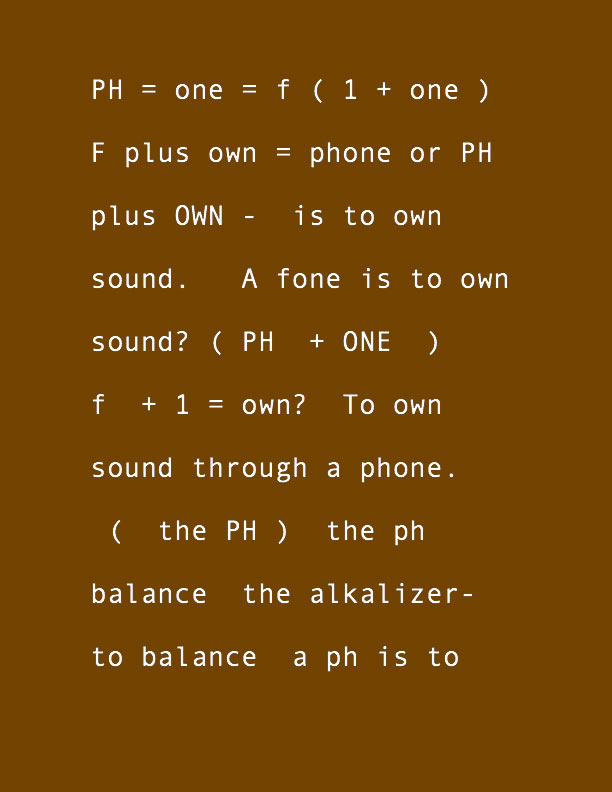 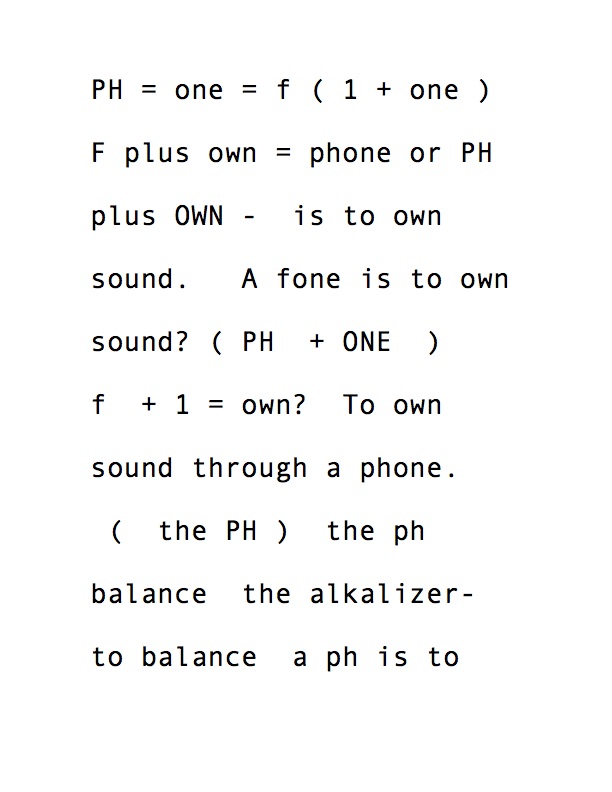 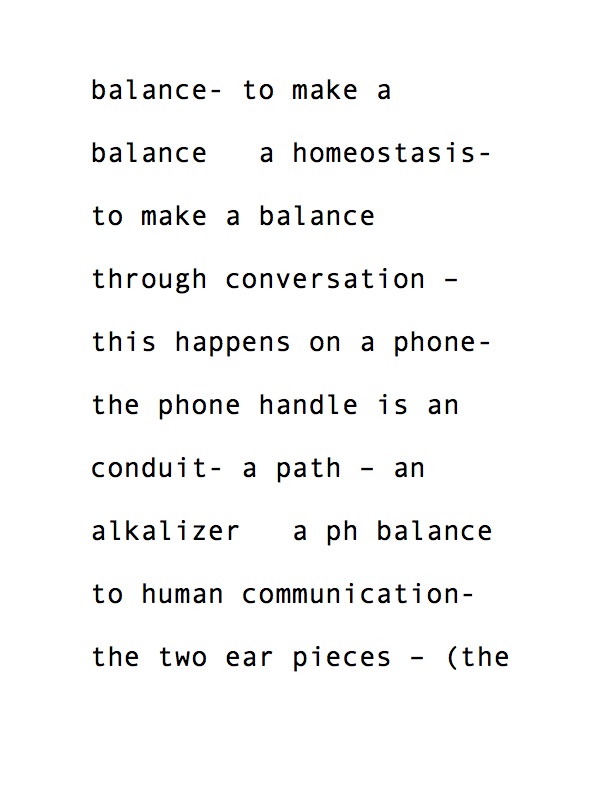 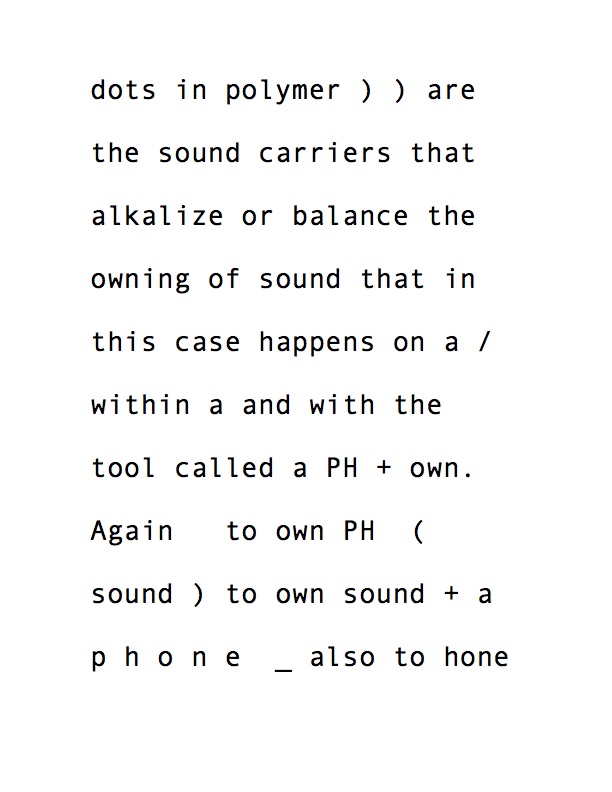 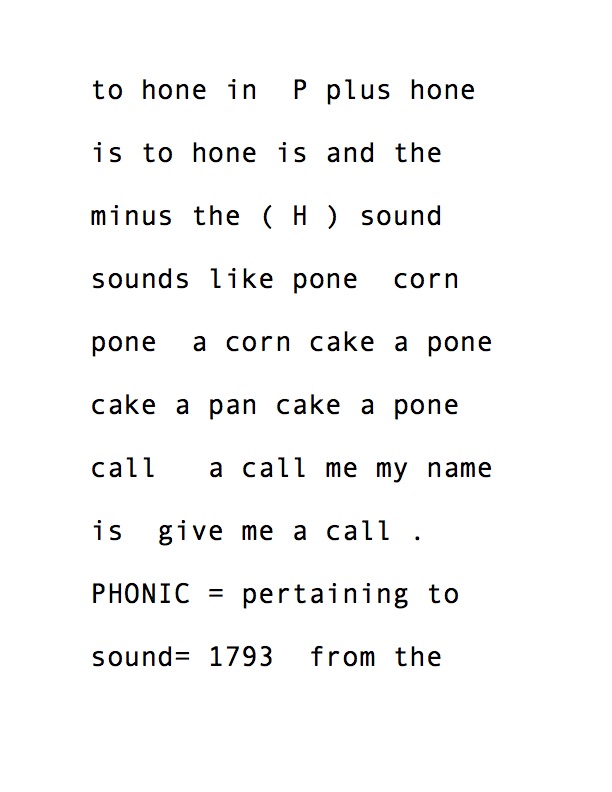 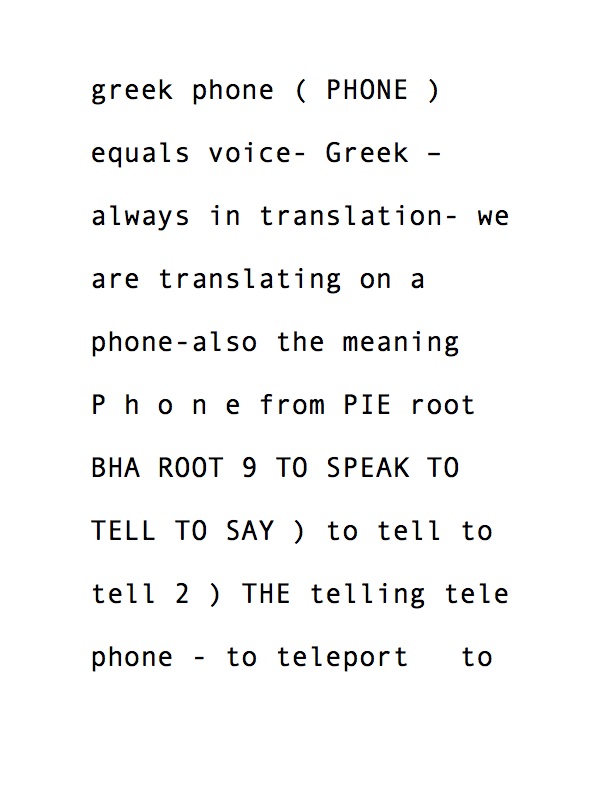 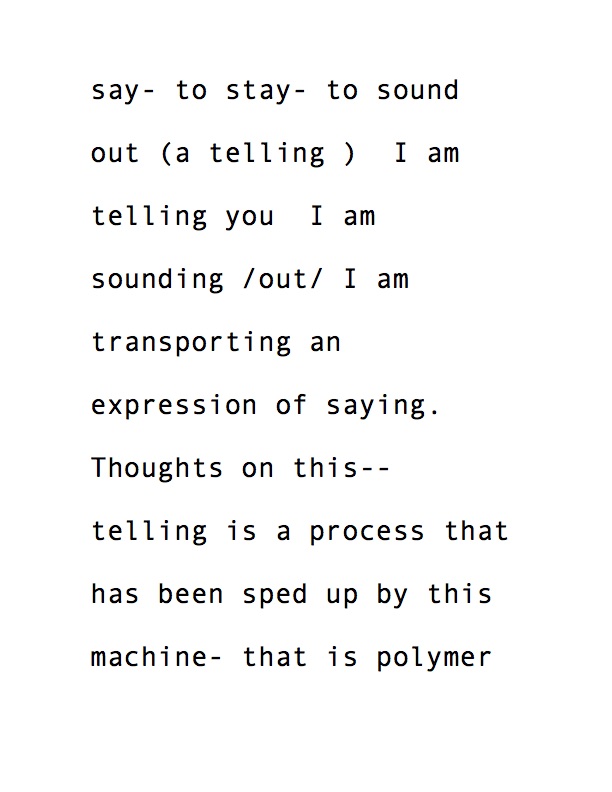 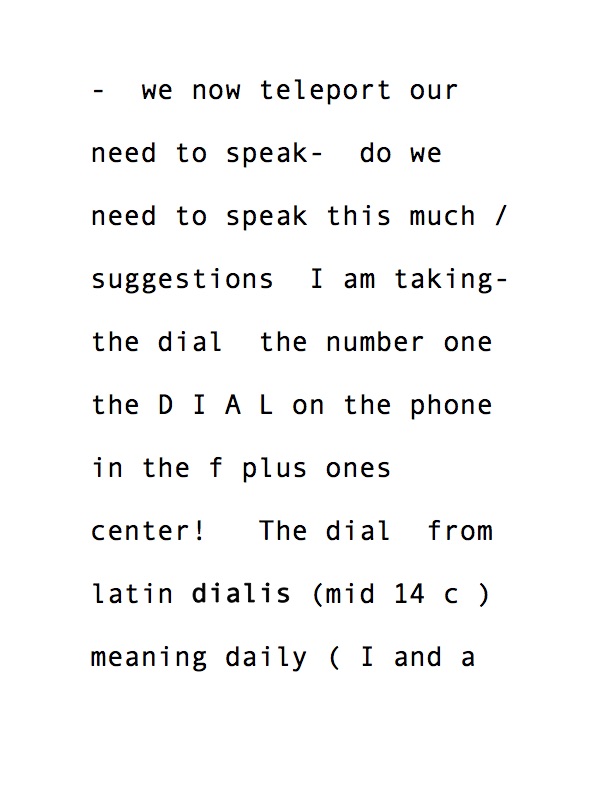 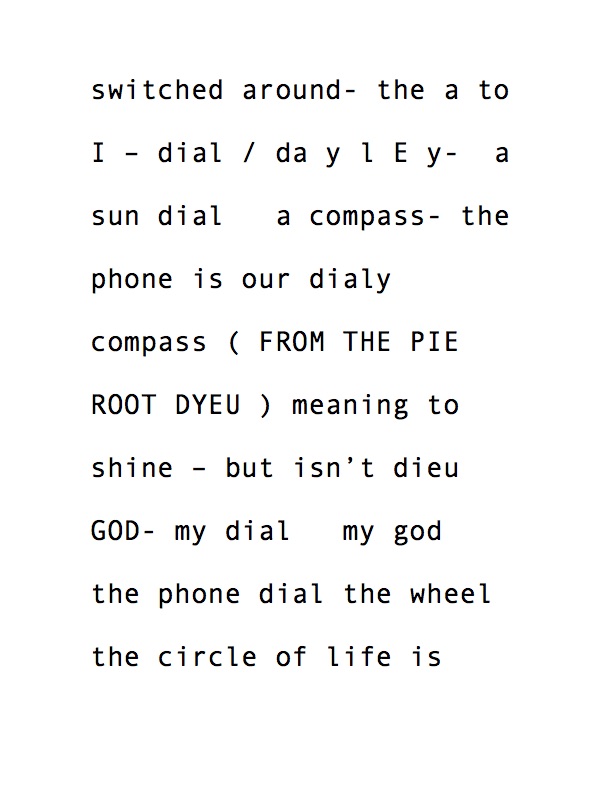 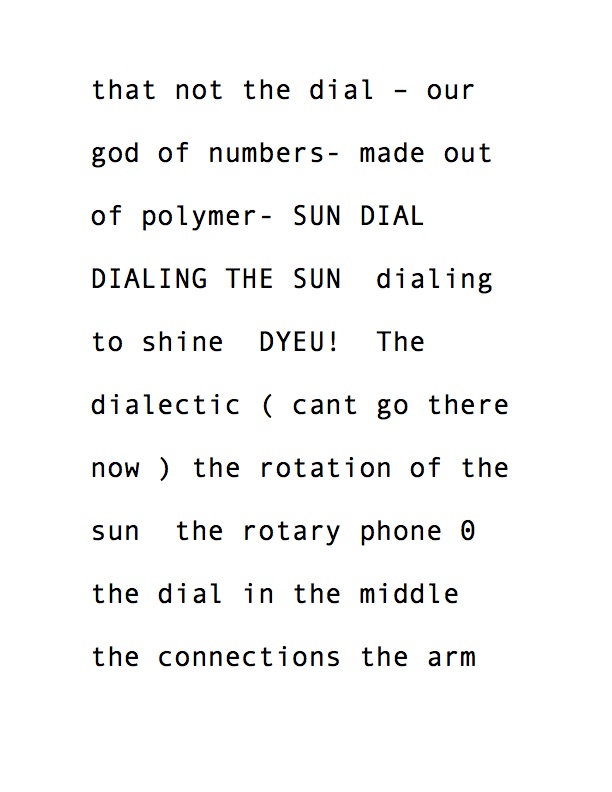 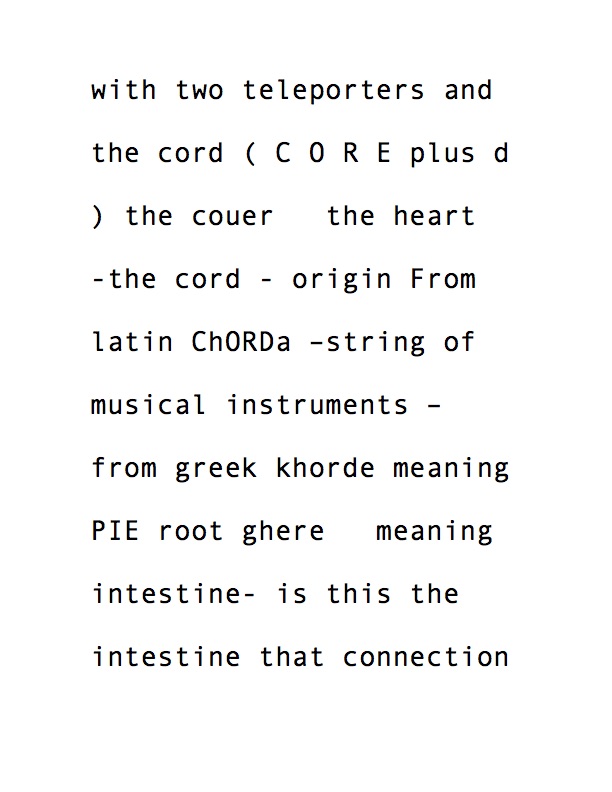 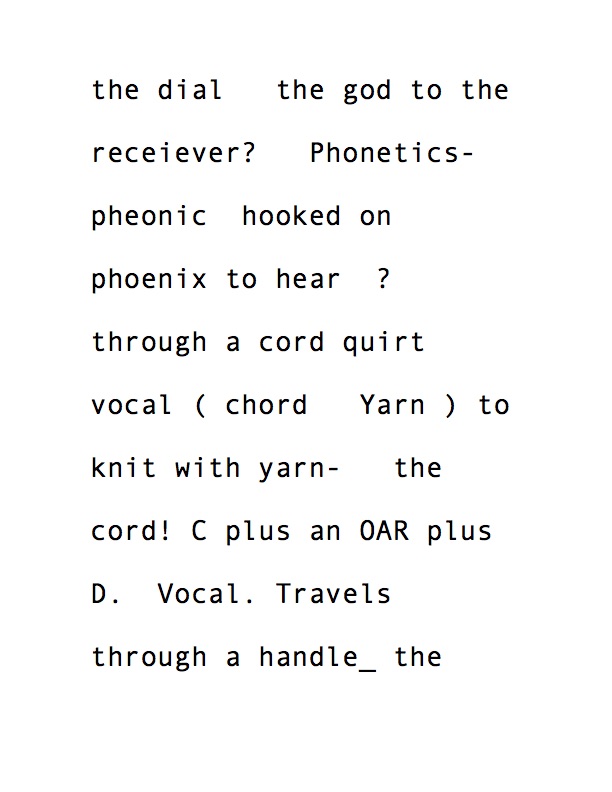 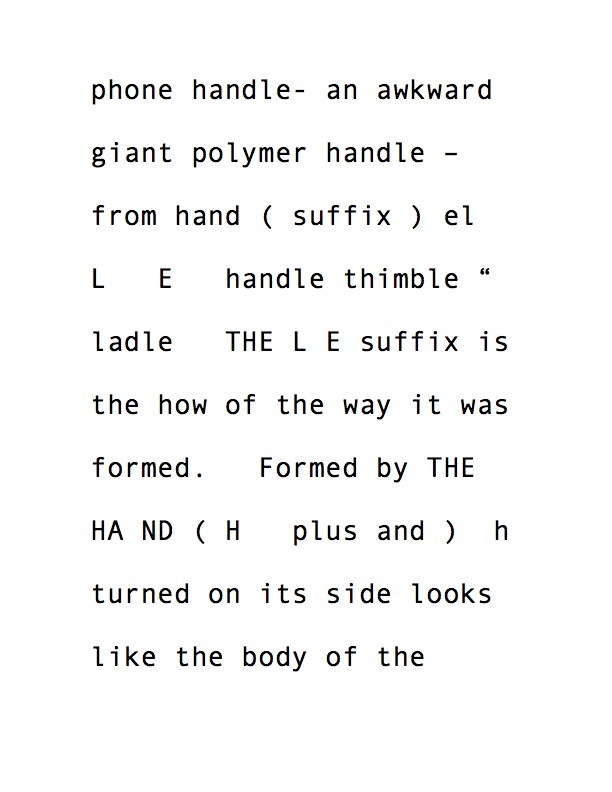 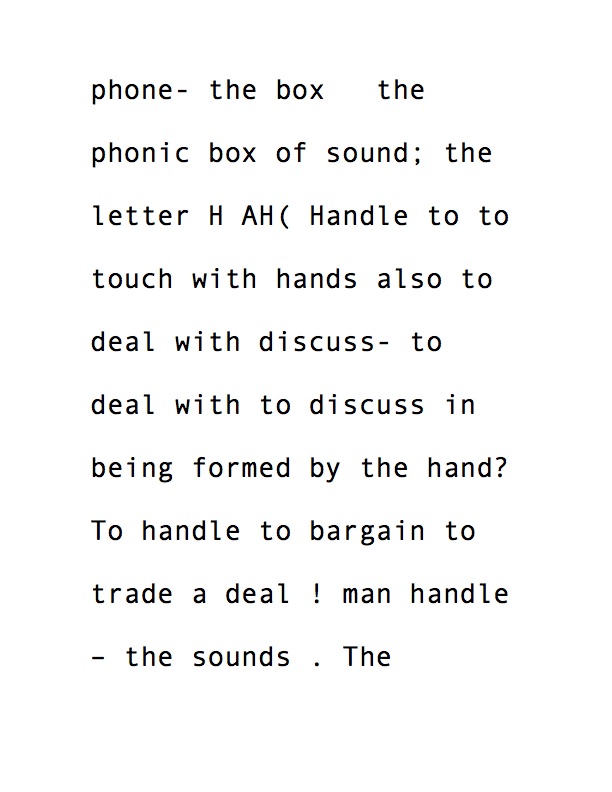 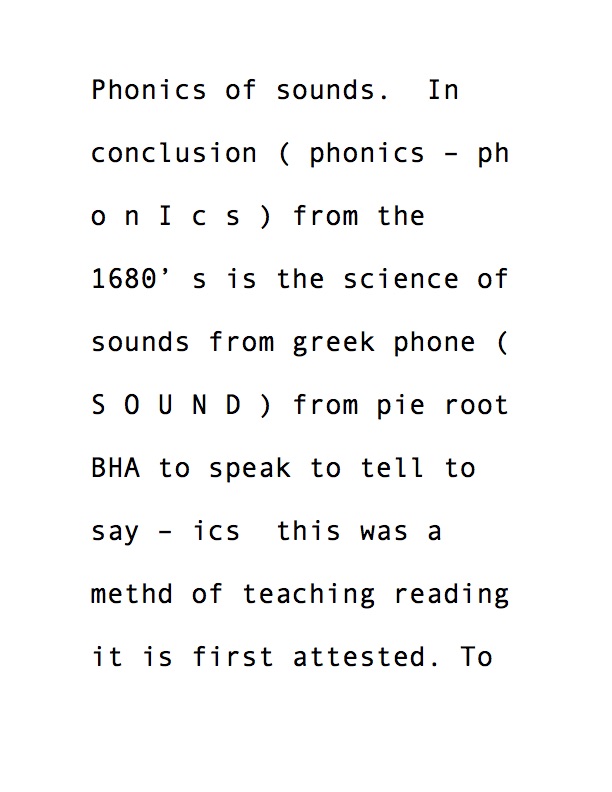 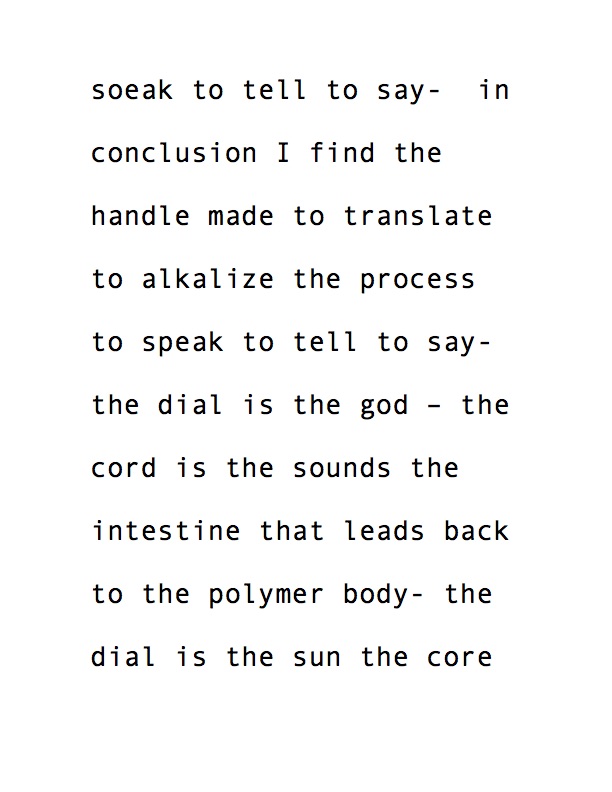 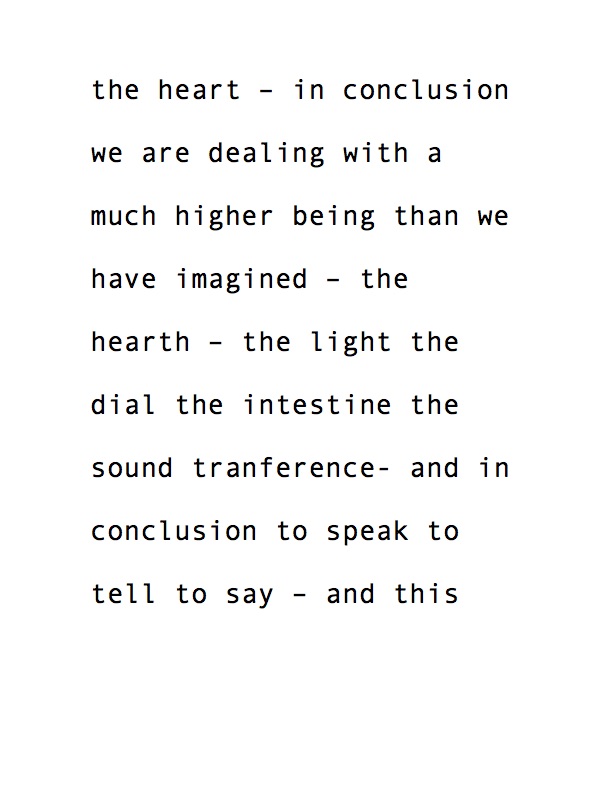 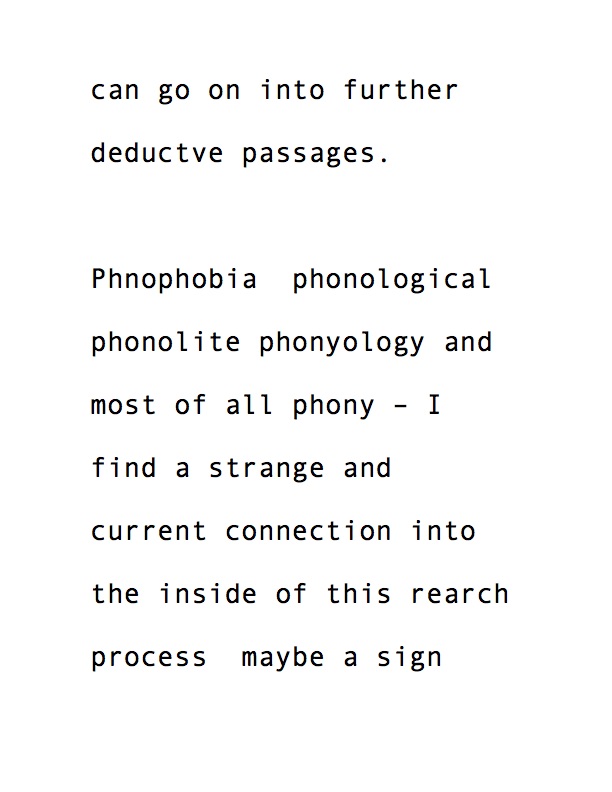 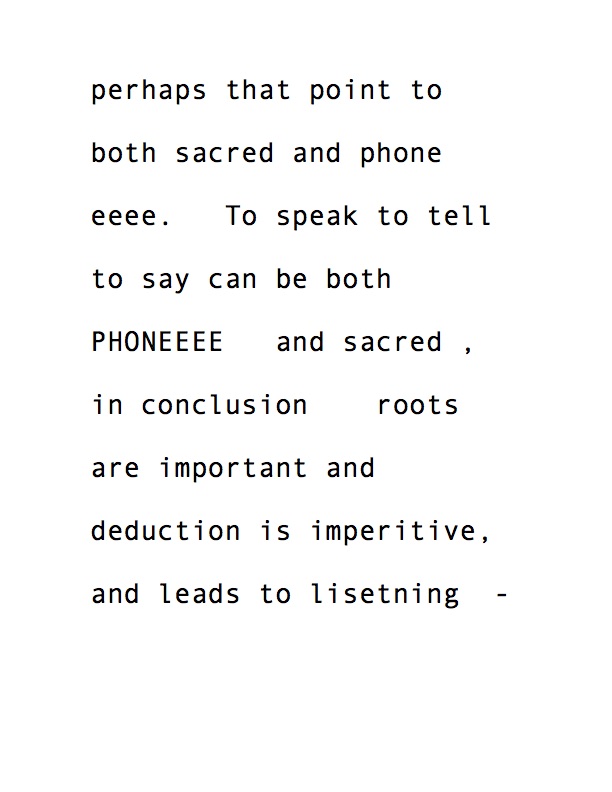 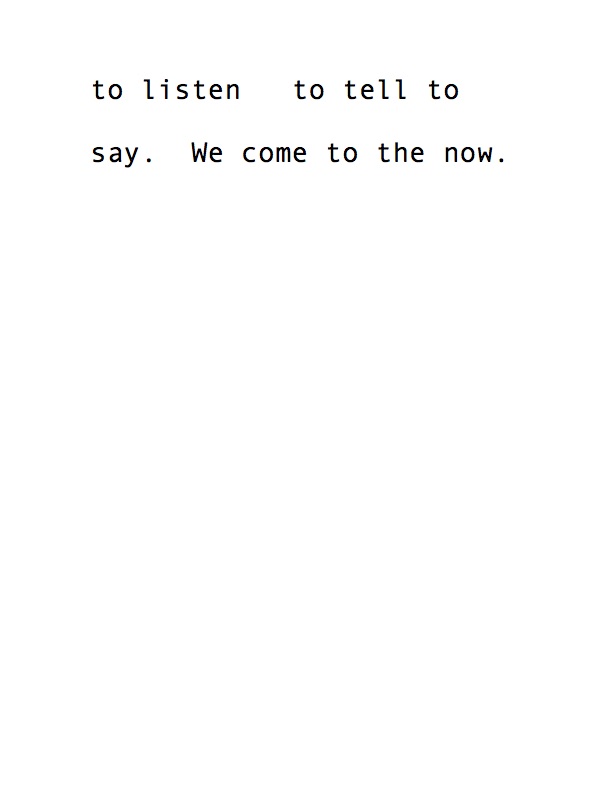 II’m interested in language because I think that we’re losing our language — and losing our civilization through the phone somehow. 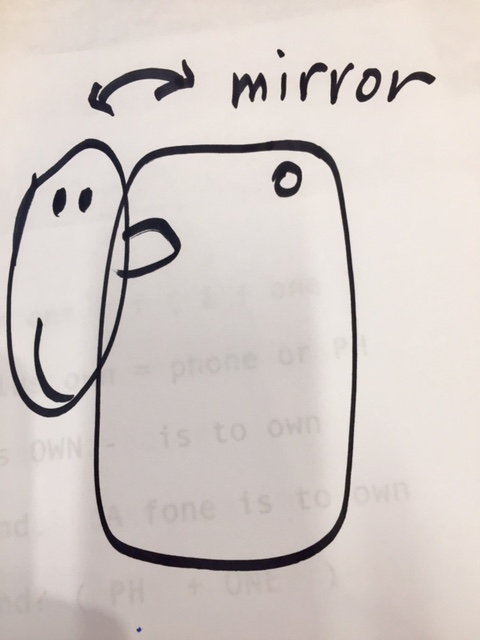 I think maybe we embodied listening more on the old phones and now we’re just reflecting back onto ourselves into the iPhone. I took the word P H O N E — this is on its side — but basically I built the phone out of the letters and that’s the sun and the intestinal cord, which is the cord, and the smock, or the dials inside of it, and then the handle. 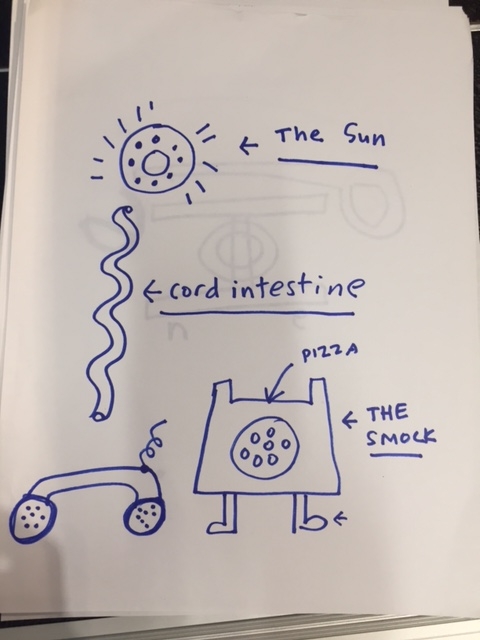 I left the phone and went into the language and the etymology of the word, and sort of deducted it back into math.

My way of observing is going into language which then goes into math, and what I also ended up is with the X Y, so phone equals PH X Y. The observation comes in the X Y which is the mystery or the unknown. You take what you know and then you break that down into the mystery, which ends up being math, which ends up being some kind of truth.

I think in observing, you’re looking for a truth but you don’t know how, and you go into the breakdown of the known. Language is what I know, and I always find that I find the body of what I’m looking at through the dissection of its language. I did leave the phone and I went into what made the phone the phone, which is alphabet and symbol and language.

In the beginning was the word.

Brooklyn-born Katie Merz is a visual artist influenced by her home borough, cartoons, architecture, and silence. Her recent works are site specific murals developed in response to working on-site in a community. Architectural in scale, Merz’s large scale “glyphs” are hand drawn interpretations of the stories and histories she encounters in each place.